9:30 am: Welcome of the participants

Michel Bouvier, President of FONDAFIP, thanked Professor Diarra, the University of Rouen, Benoit Jean-Antoine and the entire FONDAFIP team for their hard work in organizing this conference. He also acknowledged the presence of the DGFIP services in the audience and the large number of students who came. Professor Bouvier observed that the mutation of society invites us to ask ourselves the question of the meaning of taxation today, in particular in the perspective of the European Union, now endowed with a single currency.

Guy Quintane, Dean of the Faculty of Law, Economics and Management of the University of Rouen, thanked Professor Michel Bouvier as well as the FONDAFIP team and the personalities present in the room, underlining the importance of the subject.

Éloi Diarra, Professor at the University of Rouen, reminded the audience that taxes are both a means of covering public expenses and an instrument of economic, social and educational policy. Distinguishing the historical, national, economic, political and social context in which tax policies have developed in France, he then gave examples of tax policies that were initially thought to be cyclical, but which turned out to be structural

Benoît Jean-Antoine, Senior Lecturer at the University of Rouen, in charge of FONDAFIP, presented tax policies in Germany, recalling that the Länder are at the heart of German tax administration. He gave an overview of the evolution of tax choices since the 1990s, noting that the debate on German taxation no longer focuses on the budgetary function of taxes but on the social function of taxes and redistribution.

Tax policies in the United Kingdom

Ramu de Bellescize, Senior Lecturer at the University of Rouen, emphasized that the United Kingdom occupies a special position, both geographically and in terms of European construction and fiscal policy. He showed that the rules and principles of budgetary law and political practices are not the same as in other European countries. Illustrating his remarks with numerous examples highlighting this reality and its consequences, he also referred to the severe budgetary restrictions that have been in the news in recent years.

Aurélien Baudu, Senior Lecturer at the University of Lille II, commented on the diversity of the different fiscal policies that have succeeded one another in Spain, particularly following political changes but also the economic crisis. He showed that today there is a reinforcement of the tax pressure in this country as well as a reinforcement of the fight against tax fraud.

What are the capacities of mobilization of tax resources in the States of the Euro zone?

Éloi Diarra, Professor at the University of Rouen

The fight against tax fraud

Marie-Christine Esclassan, Secretary General of FONDAFIP, Professor at the University of Paris 1 Panthéon-Sorbonne, commented on the current clearly repressive orientation of the fight against tax fraud and its particular targeting of international tax fraud, an orientation that has been in place since 2010 but that is clearly getting tougher within the framework of the current bill aimed at combating international tax fraud and economic and financial delinquency

What framework for tax optimization?

Michel Bouvier, President of FONDAFIP, focused on the current transformations of the political and social meaning of taxes in France and in the world and their impact on tax policies.

Sébastien Jeannard, Senior Lecturer at the University of Poitiers, Treasurer of FONDAFIP, spoke about the different stages of European construction and the customs union and showed the interrelationships between the latter and the national customs systems.

VAT: what are the European stakes?

Anne-Gaël Hamonic-Gaux, Senior Lecturer at the University of Rouen, reminded us that VAT is a tax that seems to be very efficient, but that it is plagued by contradictions that call for a certain number of reforms today. VAT is now a European issue that must be addressed mainly through two levers: the base and the rate. While efforts are being made, there are still many reforms to be considered.

The euro and tax evasion in Africa

Nicaise Mede, Professor at the University of Abomey-Calavi, Benin, discussed the problems, primarily budgetary, posed by tax policies in Africa and highlighted the extent of tax evasion on African territory, estimated at 38.5 billion dollars by the African Development Bank. He also recalled the importance of the CFA Franc from the point of view of economic exchanges in Africa and consequently the support given by the Euro to the latter.

The relationship between the tax administrations of the European Union countries

Ludovic Ayrault, Professor at the University of Paris 1 Panthéon-Sorbonne, recalled that in order to carry out an effective policy, it is first necessary to determine the objectives (fight against tax fraud; tax optimization; tax evasion) and then to determine the means that will be implemented. These means are those of a reinforced cooperation between European tax administrations, but which is not yet driven by a real logic of integration, even if one can detect a beginning of integration.

Report by François Bonneville with the help of Xaviéra Frick 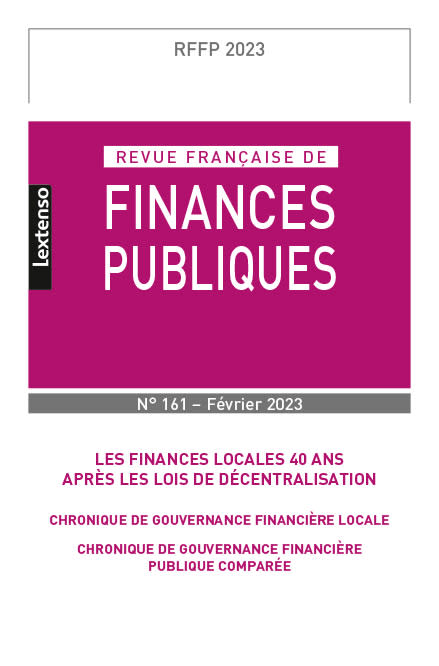